What is scary for the news business is that traditional media is losing not just the battles for social media territory, but the entire war.  Many are not even in the fight.  The focus is wrong and the decisions required are difficult.  The fact is that social media is not a revolution, it's an evolution.  It will never be over.  But, for many content suppliers and advertisers, it has barely begun.  “Like us on Facebook and follow us on Twitter” has become the sell line of choice for everything from TSN to fast food and radio news.  But, what’s in it for the news consumer?

The speed of change is blinding 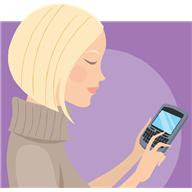 Social media organically grows with every post, tweet, status update and video.  Devices are faster, smarter and more portable.  Even non portable technology is in the game.
The new flat screens connect to the internet giving you choices like never before. The big networks now offer their hit shows on line and new web services like Netflix give you thousands of movies and TV shows for pennies.  The new smartphones, tablets, laptops and TV’s hook up to whatever you want, whenever you want it.  And then, social media makes it simple to share insights, feelings and content with friends and contacts in social networks.  There are more than 800 million Facebook users worldwide.  YouTube and Twitter aren't far behind. How many "likes" and followers do you have in your social media communities?
A social media truth

There have always been leaders and followers.  A social media leader is someone you like and trust, someone you relate to, someone whose opinions you value or a name you want to drop in casual conversation.  Social media leaders make things easier for you and often give you a feeling of belonging, a feeling of tribe.  Some are like a backstage pass, allowing you membership in their community.

Followers want to be on the inside.  They use social media to stay informed and entertained.  They subscribe to RSS feeds of blogs and news sources or follow a celebrity on Twitter.  They “like” on Facebook, retweet, email, post to Google+ and the myriad of other sharing sites available in the social world.  The words “blog” and “tweet” have become verbs.  Twitter and the comments sections below most stories and blogs have become mini talk shows affording the “audience” yet another method to enter the discussion.

Traditional news organizations achieved success because of their people.  Reporters and anchors are expensive, especially the truly great storytellers.  The economy has struggled.  Ad revenues have declined. Jobs have been eliminated.  Faced with declining markets and fewer dollars to invest, how does a traditional news organization leverage social media and build a reliable new business?

The success of community portals such as Kelowna’s Castanet.net, suggests there are followers to be had and there are dollars to be made.  Castanet is as an off-shoot of a standalone Soft Adult Contemporary radio station known as SILK FM.  When the decision was made to sell the station to one of the big corporations, the owner kept the web portal.  It now has a content staff and sales team, just like a radio station.  Knowing the owner as I do, if it wasn’t making money, he would find a buyer or would close the doors.  In addition to print stories with photos, graphics and the occasional video, Castanet recently began to offer radio style podcast news updates for its users.

In the landscape of Okanagan Valley media, Castanet.net has become a prime source of local news often outperforming traditional media outlets.  Castanet News has nearly 5000 followers on Twitter and a Facebook community of nearly 1400.  By comparison, the NewsTalk radio station in Kelowna has less than half that.  The local Global TV station is close but lags behind, as does the daily newspaper.   Every time Castanet tweets or posts a new story, there are more than 5000 followers who could land on the Castanet website to experience the details from their local reporters and other content providers. Their business is growing and it started with radio news.