Build Your Business with New Ways to Slay the Dragon

Once upon a time, in the kingdom of restaurants, retail and service providers, there was a business trying to attract more customers.  The competition was strong and not easily defeated. Their training was old school, tried and true.

First, they canvassed the existing clientele looking for clues on how to be more appealing.  After all, this type of survey was a “best practice” of some of the most successful companies.

Results were analyzed and changes were made but the difference in revenue was hardly noticeable.  The business owner pondered the next move.

Traditional media advertising was ramped up because it was a tactic that had also worked in the past.  Again, a practice often employed by the best companies.  The business was confident in their product lines and their staff.  New creative was commissioned from an ad agency.  More ads were purchased in more places in the belief that a “media mix” was the elixir.  Still, the financial needle barely moved.  The ads looked great, or so they thought, but the campaigns were too short and lacked the frequency required to be remembered.  The ads got lost in the clutter.  The message wasn't relevant nor was it sticky.  The business owner had listened to bad advice.

The marketing budget was almost gone 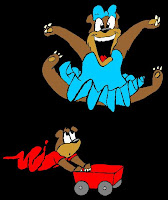 More effort was required in the belief that hard work would overcome adversity.  So, they tried dancing bears holding signs at the sides of busy streets, but dancing bears didn’t fit their image.

They tried a contest with a large cash prize, but soon learned that the same old contest players were the only entrants and their loyalty was fleeting at best.  The big contest did nothing to grow the customer base.

After months of using the same old methods and spending thousands upon thousands of dollars, the business was no further ahead.  Now, the business owner was stumped and didn’t know where to turn.

One day at a staff meeting 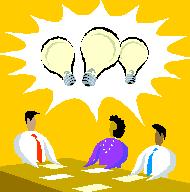 The business owner admitted that they had been copying best practises from people who no longer had a clue.  The owner asked for help from the people.

After much debate and the writing down of ideas on a big whiteboard, a hand was raised in the back of the room.  A part-time kid with a Smartphone said “let’s get social”.

When asked what he meant, the kid said that he’d already tweeted his followers about this meeting (hash tags - #mgmtclueless or #mgmtepicfail) and his followers said the business wasn’t cool and had a bad website.

When asked for the meaning of “cool”, the part-time kid explained that the business was not communicating effectively with its current and potential customers using the social media connections in the new mobile world without borders, where Smartphones and ipads were carried in pockets and purses. He and his friends also knew that when the business was Googled, the company website was nowhere to be found. 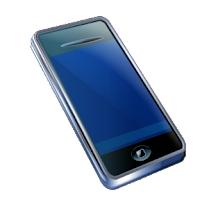 Technology had given the customers in the kingdom of restaurants, retail and service providers, a handheld device with a computer, a keyboard, a high-end camera for both still photography and videos, and the ability to connect to the three biggest social media networks in the world, Facebook, YouTube and Twitter.  Communication with friends across the land was instant!

If the story being told in words or video were to go viral, thousands, even millions of socially connected people would know about it and all this without advertising budgets or dancing bears.

The customer experience had moved beyond the brick walls of the business into the virtual world of the internet, never to return.  Had they uncovered the magic needed to slay the dragon?  The business owner was awakened to the realization that the world had changed.

It's a recurring theme. I would never say that advertising doesn't work, because it does, especially radio, when done right. - (Roy H. Williams).

However, a business without a great website and without a social media strategy is doomed to mediocrity and stagnation. No amount of advertising and promotion will make much difference unless conversations with customers and potential customers are active and satisfying. So, use the money you have, wisely! And, do things with the new order in mind.
The customer experience with the virtual business on line is now as important as the customer experience in the store or office. I'm not the only one delivering the website and social media message. Check out what these Okanagan Valley business advisors have to say.


Your business is a a reflection of you

I leave you with these lyrics from the great Randy Bachman.