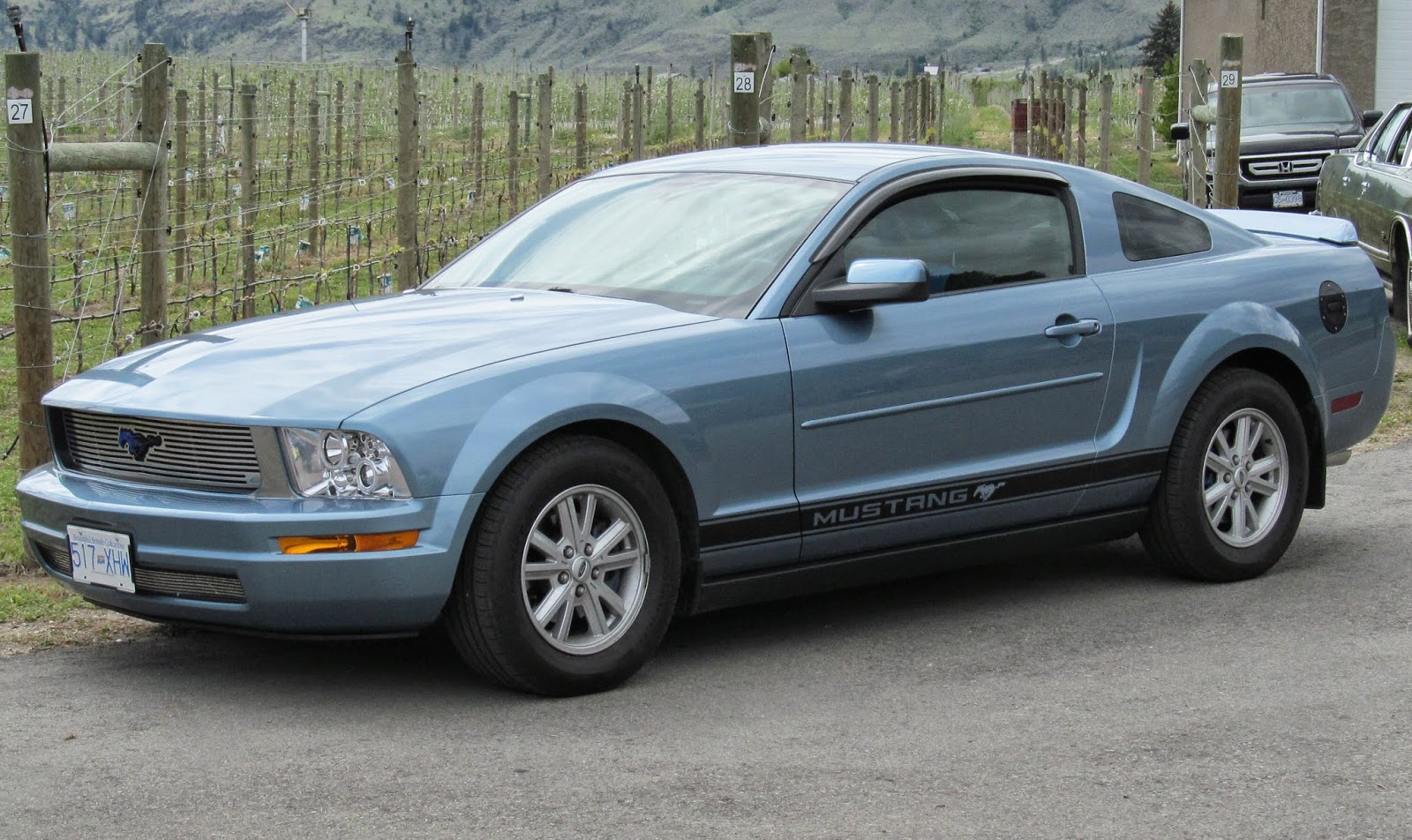 The Mustang has been around for more than 50 years, and for all of those 50 + years, horsepower has been synonymous with the brand. For many owners, the Mustang is the ultimate muscle car, the GT, Mach I, the Boss, Shelby, Roush, Saleen and other factory and after-market versions.  But not everybody cares about the cubic inches and the ponies. The vast majority of Mustangs on the road today have the V6 and let’s not forget that the original 1964 Mustang came with a straight 6 cylinder and a standard transmission.

Ray is a retired Canadian National Railway policeman. He spent much of his career in northern Alberta but now makes West Kelowna his home. He was all of 13 when he fell in love with the Mustang. It was the summer of 1966 and it was an orange convertible. 18 years later, Ray bought his first Mustang, a brand new 1984 hatchback with a V6. In his words, it went like the wind. Like many of us, he had to trade that one in on a minivan for a growing family. He also briefly owned a ’98 Mustang V6.

The internet is a wonderful thing

In late 2003, Ray was surfing websites when he saw an ad for the 5th generation Mustang. The retro

60’s styling caught his attention right away. Even though he went to his local Ford store many times, it wasn’t until September of ’04 that he was finally able to place his order and another 7 months before delivery on April 19, 2005. Ray’s windveil blue Mustang fastback was built on a Monday, April 4, 2005 in Flat Rock Michigan. 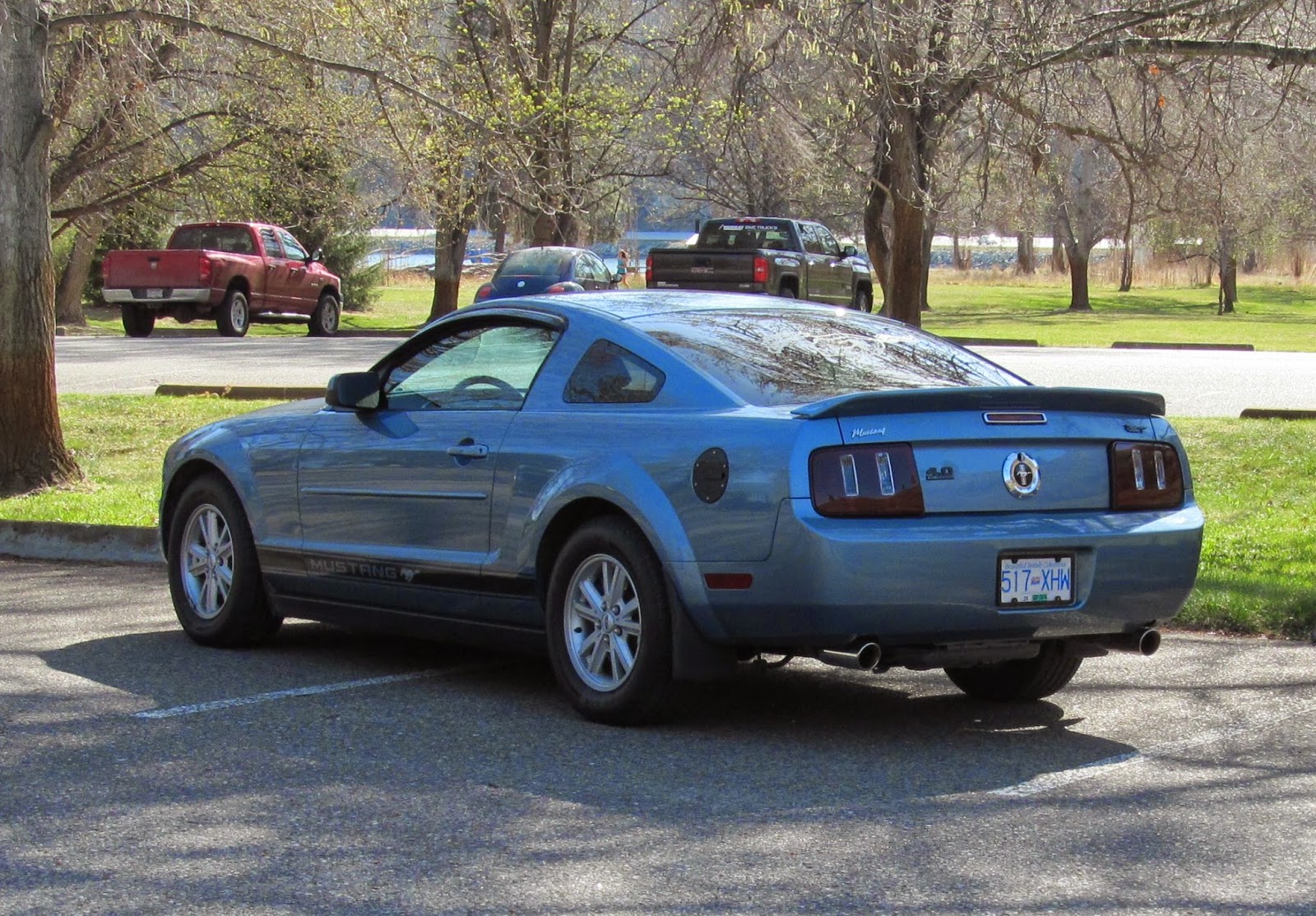 Before ordering, Ray did his research

Dressing up his baby

Since 2005, Ray has added many trim and performance extras such as MagnaFlow exhaust, cold air induction kit and tune, duck tail spoiler and most recently, wider tires and new rims.

As many of us do, Ray has personalized his car with after-market upgrades. But there’s one story Ray wants to share.

Shortly after he took delivery, Ray was on a road trip and decided to give the Mustang a little juice. The back end broke loose. What he found out was that the 4.6L (GT) had sway bars front and back while the 4.0 V6 only had a front sway bar.

Ray did two things. Off he went to the dealership to have an OEM sway bar installed in the rear and he sent a letter to Ford outlining his experience.

There were enough complaints to Ford that the 2006 4.0L V6 came out with both front and rear sway bars as standard equipment.

A moral to the story

Ray’s experience with sway bars illustrates the importance of communicating with the dealership as well as the manufacturer when you buy a new vehicle. And for owners of collector cars, the importance of joining a club, such as Okanagan Mustangs and Fords as a resource for expertise, upgrades, repairs and sources for parts.

Ray has made a study of the products and methods used by the pros to detail a car. He wants to start a home/garage business. If you're looking for a car show shine at reasonable rates, send Ray and email to set up a day and time.