I Found My Smokey Robinson

I’m a sing along singer, especially the falsetto parts.  I am a natural baritone but love to hit those high sweet notes.  I rarely know all the words, just the hooks and maybe the chorus.  I often get the words wrong.  Isn’t there a name for that?  You know where the lyric says this but you sing that!

Driving in the car with the windows up, or dancing around the house with the stereo blasting, those were my studios.  That’s when my inner superstar came to life.

Treatments for throat cancer ravaged my body.  The damage caused by radiation being shot through my throat for 17 minutes a day over 35 days resulted in completely losing my voice for a while.  I could barely make a squeak.  When it came back, my range was virtually non-existent.  My voice was raspy and weak.  I couldn’t sing, not even a little bit.  This has been my recent reality.

Friends and family have never said, I want your CD

In my mind’s ear, I have always been this close to a Motown contract.  On the street corners of the Bronx or Philadelphia back in the 50’s, I’d have been a doo-wop singer.  The Beach Boys would’ve been real superstars had they only found me, and The Beatles could have been the Fab Five.

And so was my oncologist, "a change is gonna come, oh yes it will".  Learning to be patient - ha!  Me giving me permission to heal has been hard.  Even though the doctors have said that my recovery has been faster than most, I struggled because I want it now.  Change has been slow and often subtle. You don’t recognize the improvements but others do.

Then it happened! Ooh Baby Baby 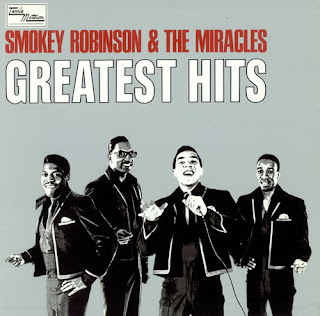 My ipod has been out of service due to static issues with my old computer, so, I bought a new computer.  Go figure that the optical drive would fail just as I was loading up our favourite music.  It took weeks to get it back.

The first new playlist, the ipod parked on the playback unit and hit shuffle.  There he was, Smokey Robinson with Ooh Baby Baby.  I started to sing along, my inner Smokey, falsetto and all.

There wasn’t any permanent damage from the radiation, just like they said.  But, the inflammation around the vocal chords was severe enough that Smokey went bye-bye for most of two years.

My voice will get stronger with use.  So "Hold on, I’m coming".