Stuck in an Airport 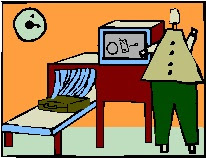 The flight normally takes about an hour.  You spend more time in airports than you do in the air.  Departure from Kelowna was scheduled for 1:45 PM.  I was through security and in the waiting area by 1:00, expecting to be picking up my luggage in Calgary by 3:00.  Then came the dreaded announcement, flight delayed by weather.  A storm over Calgary had closed the airport.  There was a lightning advisory.  No airport worker was allowed outside.  While a few planes did land, none were taking off, none were being refueled, none were docking at the terminal and no luggage was being loaded or unloaded.  Four hours later, my flight was cancelled altogether.

Things to do while waiting
There was only one thing left to do.

The youngest was about a year, the oldest was maybe 80.  There were lots of tattoos, even among the 50-something women.  Boredom was everywhere as several people nodded off.  The Snack-and-Go lounge was full as was the White Spot.  More beer was served than food.  I felt sorry for the two little old ladies waiting patiently in wheel chairs.  And then there were the businessmen.

I don’t get businessmen sometimes.  Do they not have wives who dress them properly?  Maybe that’s old school thinking but my wife has saved my fashion butt many times.  Don’t they look at magazines and mannequins in menswear?  Have they no taste?  Do they not care about their looks?  Do they check the mirror before walking out the door?  I get why they’re all wrinkled from sitting around an airport during a flight delay, but I don’t understand that tired and unkempt look that comes from never having taken your suit to a dry-cleaner. 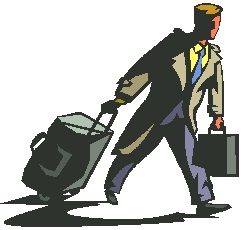 Customers notice.   We see you in stores and offices.  We invite you into our homes for consultations and repairs.  We buy products and services from you both personally and for business.  Your style is your statement.  When you are clean and well put together, you look like you care.  As a customer, I want you to care.  I want to gain confidence in you quickly.  When it looks like you don’t care or haven’t paid attention, then neither will we.  Dressing well and appropriately is not that hard and it doesn’t have to cost a lot.  Here are some tips from one businessman to another.
Accessorize

How many businessmen have iphones or Blackberry’s, tablets and laptops along with cases to carry them?  How many of them travel light, with a carry-on bag, because the plane trip is in, out and done?  They or their companies have spent big money on the electronics, but for some reason the following things are true.
Take a lesson from women

Certainly there are women who don’t get it but it seems like there are more men.  It was just a one-off survey of people stuck in an airport for four hours, but I have to say, women apparently pay more attention to hair, outfit, accessories, shoes and bags required.  Men need to wake up.  I will add one thing.  Some women who should never weareth yoga pants.  If that's not already a law, it should be!