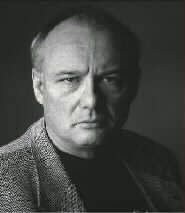 More than 30 years ago on Vancouver Top 40 radio station LG73, legendary disc jockey Doc Harris had a daily news parody called The Harris Report. It happened every morning at 7:11, sponsored by the imaginary Rip Off Convenience Marts.

Part of the magic was the elaborate fake commercials Doc created for Rip Off. He even had some singers perform a jingle with the words "Rip Off Convenience Marts, we rob you blind". Then he would write and voice a script for some bullshit product being sold at an exorbitant price.

"Forget your socks this morning? Well, Rip Off Convenience Marts has the perfect solution. Spray-on socks. Drop by one of our all too convenient locations and we'll fix you up with any colour you need. Spray-on socks. Get yours now, only $29.95. And, don't forget, our pythons are on sale today in the handy six foot long cans! At Rip Off Convenience Marts, we've been gouging the public for decades".

There are precious few hosts I've heard in recent years, with the creative genius of Doc Harris. His ability to turn a current news story into relevant comedy is matched only by the writing staff at NBC's Saturday Night Live. And, today's news is saturated with opportunity.

In response to a request for an explanation as to why there's such a wide variation in gasoline prices across British Columbia, a spokesperson for Shell Canada said pricing is complicated. In other words, gouging effectively and consistently takes a team of clever rip off artists.

In Greater Vancouver, the gas buying public is assessed an additional tax of 17 cents per liter to fund public transit. That tax differential has rarely been reflected in the gas moguls pricing policies across the province. As the price of oil continues it's downward trend, areas of BC have been paying a disproportionately higher price per liter.

An example from October 15, 2014. A liter of gas in Surrey BC was 126.9. Subtracting the 17 cent transit tax suggests, the rest of us should be paying no more than 109.9. Oh, but gasoline pricing is complicated! In the Okanagan Valley, the price per liter ranges from 126.9 to 134.9. So who is being gouged? That disparity has been evident for years.

Lower Mainland commuters are burning up millions of gallons a week. The rest of us don't come close, so it can't be supply and demand. The math is simple. Where do the most people live and where do you find the most vehicles? The rest of the province is fueling gas company profits waning in Greater Vancouver because of the transit tax. The reason? The oil barons have been worried about crashing through the glass ceiling of 1.50 per liter so they make up the difference by slamming everybody else. Yes, gas gouging is complicated.

I can hear the gerbils working in Doc Harris' incredible mind

Jingle: Rip Off Convenience Marts, we rob you blind.

"Drop in today to fill up your tank. Our prices may be through the roof, but we don't care!  Where are you going to go? We've been draining consumers for years to satisfy our shareholders. After all, who will stop us? Pricing is complicated, not fair. And, there are performance bonuses for our executives to consider. At Rip Off Convenience Marts and our rivals, there is no competition, only collusion."

Jingle: Rip Off Convenience Marts, we rob you blind.

Doc, where are you?

Oh, I forgot! Much of Canadian radio has been reduced to a computer, a bunch of songs and if we listeners are really lucky, a dispassionate voice track.  Newscasts have mostly been eliminated. News commentators are out of work, and God knows, no news parody. The bite and creativity of Doc Harris is only a delicious memory.