Are You a Guy Baby? 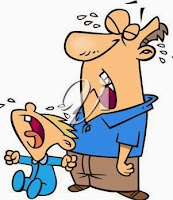 I am and I’m not ashamed. There are no group support meetings for certified, card carrying, life-long Guy Babies. You can easily recognize the symptoms. Guys, please answer these questions truthfully.

If you answered yes to at least three of the questions, you might be a Guy Baby too. Just ask your wife or your significant other. They never lie.

The exception is sports

When hurt during a game of any kind, the injury is like a badge screaming “look at me”. Whatever happens in the hospital, the doctor’s office or in the dentist’s chair becomes a key part of the tale.

Since none of this was ever reported officially and actual eyewitnesses have long since forgotten my piddly-assed bobos, embellishment is of course allowed.

After-all, these are manly tales we tell.

Limping is good for generating sympathy. It is especially good if the ankle sprain happened while jumping for a loose ball in a pickup basketball game (up against a guy at least twice your size). Of course, this freak of nature used to play college ball for UBC. It doesn't matter how much it hurts, you get to wear a tensor bandage and use ice bags to take down the swelling. Besides the doctor told you to keep your foot elevated so at work that means on your desk. Curious co-workers will most definitely ask what happened.

A sling invites all the right questions even though you can barely bend your arm. That sack of water on your elbow is actually a good thing. Why? Because you can tell the story of charging hard into a corner during an old-timers hockey game only to have the skates pulled out from under you by some wimp of an opponent who couldn't stop  you otherwise. As you crumpled in a heap your pad shifted to the side and you smashed your elbow into the ice. It doesn't matter if the cortisone shots are given with a needle, you have a story to tell.

Crutches are a wonderful conversation starter. You are honoured to wear the cast on your lower leg since you scored the winning run in a co-ed slo-pitch softball game. You were sliding into home when the other team’s catcher tried to tag you out. She fell on your leg and boom, a cracked ankle bone. The hours in emergency and the inconvenience are tolerated because you have a story to tell. That catcher played major women’s fastball. She was very good and besides, everybody wants to sign your cast.

It doesn't matter that your leg is black, blue, yellow and green from your toes to your knee and you have to take a week off work because you can’t walk. You can explain that you took a slapshot in the skate during a game that was supposed to be played by old-timers rules. You know the ones….no hitting and no slap shots. It was summer pick-up hockey and the guy who took the shot was out for some extra ice. He was actually a pro with years in the NHL and his slapshot put you on the injury list for two months. But, how many recreational hockey players do you know who can say they went to the hospital for x-rays and winced for weeks because of an NHL frickin’ player?

It’s always better to explain that the two discoloured teeth at the front of your smile came as a result of being accidentally hit in the mouth by a tennis racquet. All you need to say is that it was a particularly intense doubles match. You don’t have to give details even though the whack in the Chiclets was self-inflicted after you tripped over a hole in the outdoor court while chasing a baseline shot from your opponents. But you could, because it’s a good story and the root canal didn't bother you that much.

When something happens to you during a game, it’s immediate. You don’t have the time to think and anticipate. You go to the hospital or the doctor as quickly as possible. Any hurt you experience while playing a sport is always mitigated by the story.

There are appointments to be made. Your brain conjures up all sorts of negativity. Often, there’s the waiting. Our Medicare system does operate in slow motion it seems.  You can only imagine what your brain says when you find a lump in your neck and begin the journey to find out what it is. Months later, the diagnosis is finally complete.

After 60 years of the usual minor ailments and dental work along with the sports related stories, I’m the one who got cancer at the age of 62. But, I’m certainly not the only one as 3 in 5 Canadians will experience cancer during their lives.

The treatments worked. I was declared cancer free. Now I share the story and the lessons learned as a mentor for the Canadian Cancer Society.

I consider myself a cancer graduate and I am long since “retired” from my athletic career. If I moan or wince because of some malady or minor surgery, I don’t want sympathy. In fact, I’d rather you not know about it. I recently had a hernia repaired. The pain killers helped me tolerate the discomfort.  I am no longer a pill popper because I don’t want prescription drugs clouding my faculties. I also now have a home office so very few people saw me struggle to stand or sit or walk while the incision healed.

Besides, life stuff is not sexy like the slapshot in the foot from the NHL player.

PS. I write a column for a magazine called North of 50, published monthly in the Okanagan Valley. A version of Are You a Guy Baby appeared in the April issue.