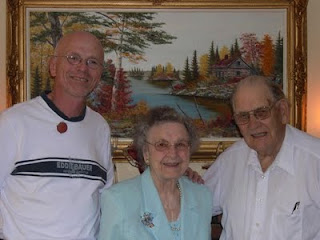 My Uncle Bruce died this week.

A sad time for sure!  But there is no question the man left his mark on life and those who knew him well.  He loved his toys and he loved dessert.  Bruce could keep you fed, occupied and entertained for hours.  I'm sure he remembered absolutely everything and if he didn't, he probably knew a guy who did.  Now, just for a moment, imagine being a kid and having a Grandfather like this.  Here's the story of Uncle Bruce as told by his son Bob to a reporter from the Brantford Expositor.

Uncle Bruce inspired me to become a classic car owner and a collector of my own cool stuff.

I have always said if I had more money and a bigger garage like my Uncle, I'd be dangerous.  His passion for old cars became a business.  I'm sure he bought and sold hundreds and hundreds of vehicles over the years and boy did he have some beauts.  A '57 Cadillac convertible once owned by Elvis Presley, a '59 Cadillac convertible once owned by Marilyn Monroe, everything Ford ever made from the dawn of time through the 60's, Packards, Ramblers, Studebakers, Cockshutt Motors tractors, Chevy's, Rolls Royces and even a modern-day replica of an Auburn Speedster.  My favourite though he still owned and is to be auctioned in the big sale as referenced in the newspaper story above, a bright red, 1948 Pontiac convertible in original condition. 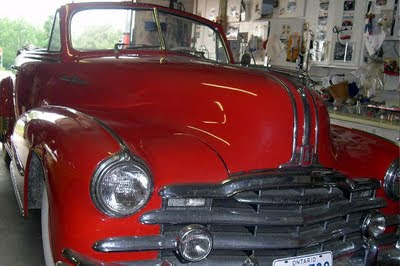 Like I said, if only I had more money and a bigger garage.